Still Nothing Has Changed 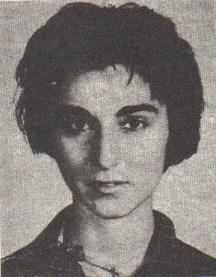 Have you heard of the Kitty Genovese incident? Most psychology students have at least, although the knowledge at large isn’t as widespread as I think it should be. Although the story has since been shown to have been exaggerated a little (see The Kitty Genovese Murder and the Social Psychology of Helping:
the parable of the 38 witnesses), the commonly told version goes something like this: On March 13 1964 Kitty Genovese, full name Catherine Susan Genovese, was heading home from her job as a bar manager. At 3:15am outside her home in Queens she was attacked and stabbed twice in the back by a male assailant. The attack wasn’t lethal though, and Kitty was able to scream out “Oh my god, he’s stabbed me! Help!” A number of neighbours heard the scream and came to their windows to see what was happening, and when one shouted out “Leave that girl alone” the assailant ran off. But no one came to help Kitty. She staggered around to the back of her building, but ten minutes later her assailant returned after having donned a hat to cover his face, parked nearby, and finished the attack. He stabbed her several more times and raped her. Again neighbours heard the attack and her screams. After the final attack, thirty minutes after the first attack, a witness called the police, and at 4:15 an ambulance arrived to take Kitty to emergency care, but she would never make it there alive.

This harrowing account of the apparent apathy of New York city dwellers sparked a public shame, and led to a series of experiments into what has since been called the Bystander Effect and Diffusion of Responsibility by psychologists John Darley and Bibb Latane.

This article and video in the Sydney Morning Herald are a cold shower to those hollywood-raised optimists who think the good guys survive and people generally like to look after each other. After trying to help a woman who was being mugged, homeless Hugo Tale-Yax was stabbed and left bleeding on the pavement in New York. In the hour and forty minutes that he lay dying and dead Hugo was passed by a number of pedestrians, and even photographed by one, but again no one helped.

So the question is: What would you do?

Recently I witnessed a somewhat less extreme example of this myself. While walking with my partner we turned a corner to see a man lying on the floor and a small crowd around him. From the look of him two things were apparent; first that he was drunk and quite possibly an alcoholic or homeless (or both) if the state of his clothing and cleanliness were anything to go by. Secondly that he was starting to slip into shock – confused and frightened, pale, and starting to hyperventilate. But it was what we discovered next that has stuck most in my mind. We were by no means first on the scene, however as we stepped forward to help (as is our instinct) it became clear that not only had no one else tried to talk to the man directly and calm him down, but also no one had called emergency services. This despite some people having witnessed the actual assault, a punch to the back of the head.

A crowd of people around an injured man, and all they were doing is watching. Was this diffusion of responsibility in action, or have we become that desperate as a voyeuristic society?

2 thoughts on “Still Nothing Has Changed”

What do you think? Cancel reply